13 September 2001: A deserted Broadway street is open only to residents below 14th street. This is a major street where thousands of businesses and people populate daily. Terrorist attack on the America's. Lower Manhattan, NY. Area surrounding ground zero where the World Trade Centers WTC once stood only hours after they fell to the ground in New York. Islamic terrorist Osama bin Laden declares The Jihad or Holy War against The United States of America on September 11, 2001. Headline news photos available for editorial use. 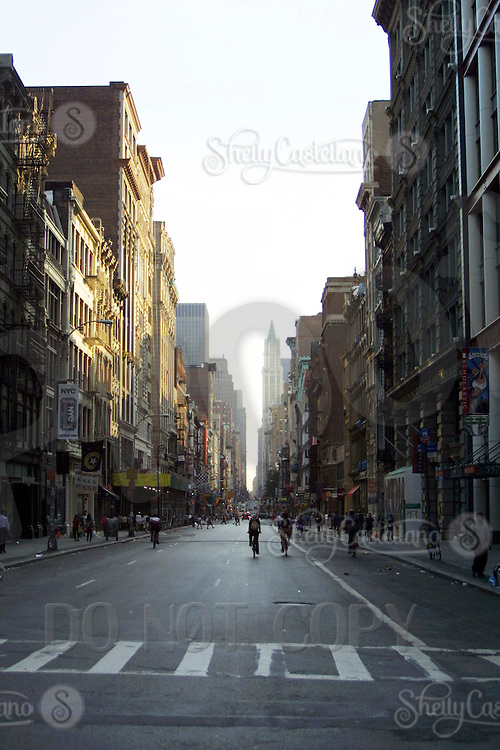