18 April 2006: Exterior view during the day of Sports Landmark Los Angeles Great Western Forum in Inglewood, California. 3900 West Manchester Boulevard, CA 90305. The Forum is currently owned by Forum Enterprises, Inc and managed by SMG. This arena was built in 1967 by Jack Kent Cooke, funded by Dr. Jerry Buss and Ogden Management, privately financed at a cost of $16 Million Dollars US. It was the home to professional sports teams like the NHL Los Angeles Kings from 1967-1999, The NBA Los Angeles Lakers 1967-1999 and the WNBA Los Angeles Sparks as well as special events and concerts. Located less than three miles from LAX airport and seats 17,505 fans inside the circular arena. Forum Club was home to many actors, celebrity and famous faces during the peak of this arena. This is the main entrance to the club from the Prairie Avenue street. 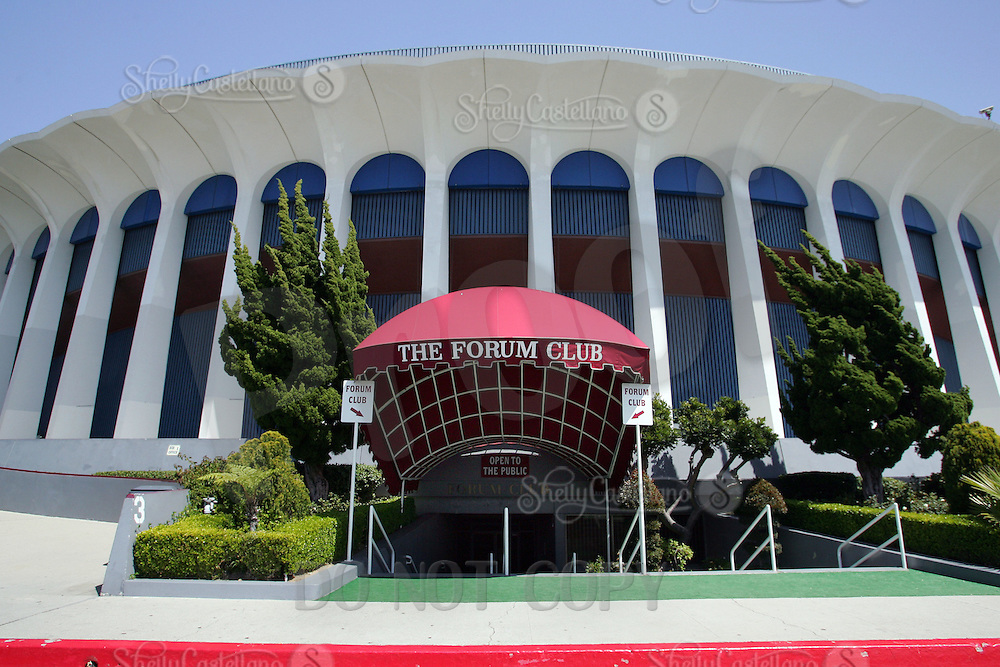